Restorative Practices (RP) aims to proactively build relationships and community, while repairing harm through accountability. It’s a mindset for thinking about and reacting to wrongdoing bringing together participants in a Restorative conference to openly share feelings, describe how wrongdoing affected everyone, and find solutions for offenders to make things right. Offenders who qualify for referral and satisfy the agreements made in the Restorative conference can avoid a formal charge. This may sound like a soft approach to offending, but it is often the most difficult path to take, and potentially the most beneficial one for the community, the offender, and for those affected by a harmful act.

HISTORY
Restorative Practices has been a method of conflict resolution in various ancient cultural communities around the world. Members of these communities gathered together to have conversations, which built and strengthened relationships. As these people gathered in circles, they solved problems, disciplined peers, and managed relationships within their communities.

The modern form of Restorative Practices has its roots in restorative justice.  This is a way of approaching criminal justice which focuses on fixing the harm done to people as opposed to only punishing the offenders. Modern mediation between victims and offenders began in 1974 by probation officer Mark Yantzi. Since then, the concept has spread to various fields for community building. This method of repairing relationships has found a home in criminal justice, education, counseling, social work, and faith communities.

One of the goals of Restorative Practices is to reduce incarceration by repairing communal relationships. Today, the US has the highest prison population rate in the world incarcerating 655 of every 100,000 people, which is down from 672 in 2015. (Walmsley, 2018). Many believe improvements can be attributed to programs like Restorative Practices.

The annual cost for one prisoner in Iowa is $32,860 dollars. Given there are 8,572 people incarcerated in Iowa, costs exceed $28 million annually (Iowa Department of Corrections, 2018). Advocates of Restorative Practices hope to reduce not only money spent but also the number of people in prison.

Dubuque can be the next community to experience the transformational benefits of Restorative Practices.  Individuals can be diverted from potentially destructive paths enabling our community to come together to repair relationships. 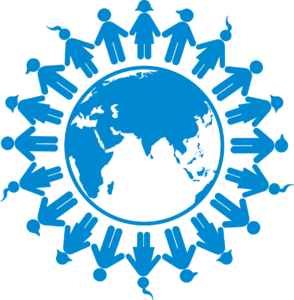 Dubuque YMCA/YWCA has developed Restorative Practices over the past two years in partnership with multiple individuals and departments including:

Sisters of Charity of the Blessed Virgin Mary

When police are called to a school, a police report is generated and sent to the Dubuque County Juvenile Court Services (JCS) for intake. JCS determines if the case is a good fit for Restorative Practices based on several factors including type of offense, severity of offense, and the student’s previous record. If it’s a good fit for Restorative Practices, then it’s referred to the Dubuque YMCA/YWCA RP Coordinator who initiates the restorative conference process.

Restorative Conferences are held in circles, which is a structural framework used to build relationships and address conflict. This framework is safe, confidential, and equitable, and it gives people an opportunity to tell their own stories and listen to others without judgment.
Restorative Conferences
Show less
Facilitators organize and facilitate restorative conferences are residents of the Dubuque area who volunteer their time to be trained in restorative principles and processes.  Anyone with a desire to volunteer their time and help the community can participate in training to become a facilitator. Currently, Group Conferencing and Circles training is held every fall and spring. Following this training, participants need to attend 3 “practice group conferencing” sessions where they get to used what they’ve learned in class to prepare them to be facilitators. These sessions are currently held every other Tuesday from 5:30-7:00pm at Mt. Carmel.
Facilitators
Show less
Empathy is often the reason Restorative Practices works.  Open dialogue in a safe and confidential environment broadens perspective on both sides of the offense.  Those affected by a harmful act are able to confront the person who caused the harm and open their eyes to the impact of their actions.  Those who committed the offense are able to talk about what led to their actions and help others understand how and why it happened.
Empathy
Show less
Agreements are the actions and conditions that are mutually agreed upon during the conference. This document explains how and when the offender will rectify the damage done, and conference participants sign and date the agreement.  Examples may include writing an apology letter, paying a victim back for money lost, fixing damaged property, and/or volunteering time toward a needed cause (like community service).
Agreements
Show less
Community repair is at the heart of Restorative Practices, and that means creating a space where every person is included and valued.  To heal relationships and foster an environment of respect, acceptance, accountability and self-worth for everyone powers the Restorative Practices vision.
Community
Show less
For more information, please contact Deb Gustafson Coordinator at 563-556-3371 or email dgustafson@dubuquey.org